"Pardon my ignorance but what is LGBT?"

Home » Business » "Pardon my ignorance but what is LGBT?" 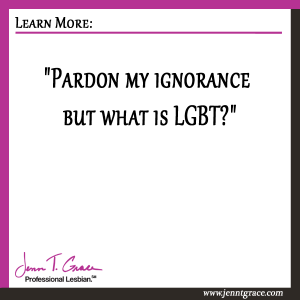 This website came to be after I found myself answering LGBT (lesbian, gay, bisexual and transgender) related questions from a variety of friends of mine. Since I consider myself a Professional Lesbian TM (educating people around LGBT topics is what I do every day) I’m often the first place friends come to when they have a question that they are sometimes embarrassed to ask. No one wants to ask the really common sense question and feel dumb by doing so. So I created this website so you, as well as my friends, can learn in a judgement free environment. If you have a question you would like me to answer, contact me, I’d love to hear from you!

This question came from a conversation I had with a woman in Australia. She very candidly said “Pardon my ignorance but what is LGBT?” You’ve likely noticed that I proclaim “I teach straight people how to market to gay people and gay people how to market themselves.” I do this intentionally. I intentionally use the term gay, which I go into more detail in this blog post , if you are interested. However, more often than not when I am using the term gay I am educating around the meaning of LGBT, like I did in the first sentence of this blog post where I’ve spelled out the acronym. This is really important to do because it is very clear that not everyone knows what LGBT stands for – and that’s okay – it’s why you are here reading this blog.

There also tend to be questions around whether or not it is LGBT, GLBT, LGBTQ, or LGBTQIA. Often you will hear all of these acronyms referred to as alphabet soup.

Whenever I say LGBT and someone says what does that stand for or what is LGBT, I specifically state that it stands for lesbian, gay, bisexual and transgender. I always make a point of not shortening it to gay or lesbian because I don’t want to exclude the B or T. I would advise it’s wise for you to do the same.

For an all inclusive and entertaining spin on the full alphabet soup that exists listen to my podcast interview with Robin McHaelen of True Colors based in Hartford, CT. In addition to doing amazing work for LGBT youth across the country, she opens the majority of her speaking engagements with “gay, lesbian, bisexual, transgender, intersex, queer, questioning, two-spirit, same gender loving, pansexual, flexual, not-straight; not labeling, straight-ish; straight so far, straight with options, straight but shit happens, pan-gender, bi-gender, gender queer, gender fluid.” And she says it in almost one long breath, pretty impressive!

The Hard Data on Preference

For corporate folks who may be reading this – you’ll find this interesting.

I like to provide hard data that shows what the community actually prefers. There is a company called Community Marketing Inc. based in San Francisco, CA and they are the leaders in LGBT market research. They have been working in the space since 1992 and survey LGBT people annually and then develop the market data that companies can use to help shape their ad campaigns, marketing messages, communications to employees, etc.

The following information around which LGBT term to use comes from a 2011 LGBT community survey that Community Marketing Inc. conducted.

The question that was asked was “What is your opinion of each of the following terms being used in corporate advertising?” I believe there were roughly 13,000 respondents who weighed in.

This is just a starting point around the preferred terminology within the LGBT community. I stick with LGBT most of the time because it’s usually the best bet in any situation. 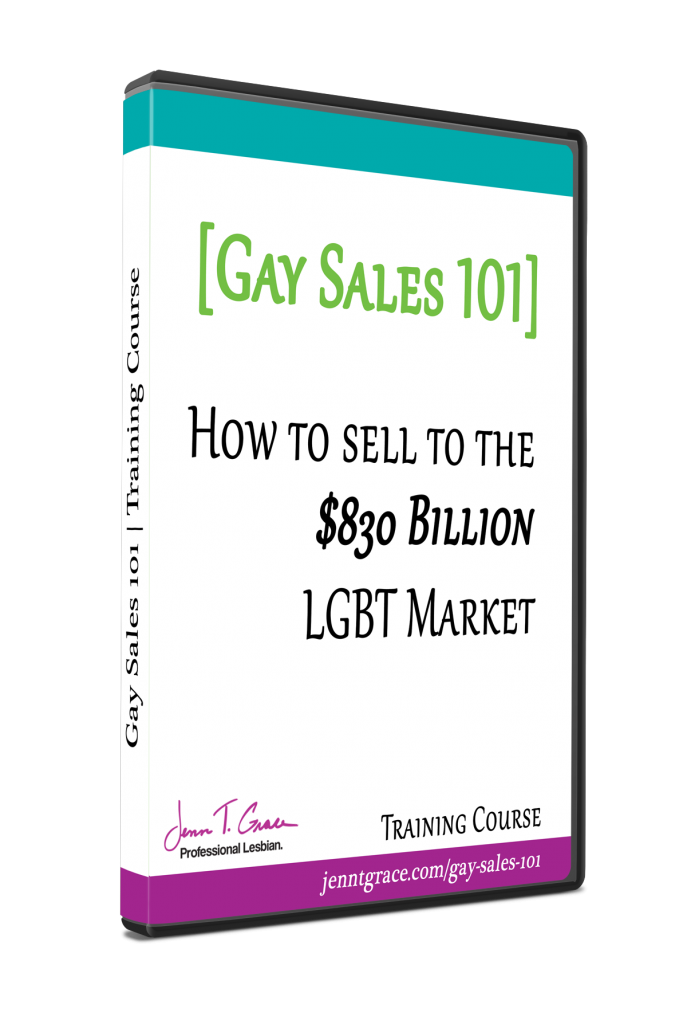 If you want a leg up on the competition and want to fast track your learning process, check out these two training courses that will save you time, money and get you out there selling to the LGBT community faster!

4 Responses to "Pardon my ignorance but what is LGBT?"