If I'm not lesbianed you can't be transgendered...
by Jenn T. Grace All Things Transgender, Community, LGBT, LGBT Questions from a Friend..., You Might - Etiquette

Have you ever found yourself thinking about how a word sounds? Let’s use lesbian for example. The more you say it the stranger the word sounds, right? I may be alone on this one but it happens to me frequently where I will just start dissecting a word, something simple like lotion, letter or glass, o 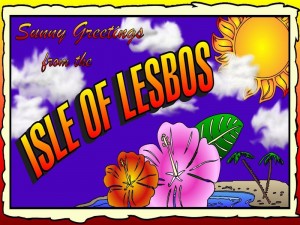 nly to discover that the origin of the word has some grand meaning and suddenly the word itself make sense. If you are curious lesbian is from the Greek word lesbios, which pertains to the Greek Island of Lesbos which was home of the female Greek poet Sappho, who wrote about romance between men, as well as women.

Am I the only one who cringes at the sound of this word? I can’t imagine so. You’ll often

hear me refer to myself as a professional lesbian (yes in those exact words). But I would never walk up to someone and say, “Hi, my name is Jenn and I’m lesbianed.” Just as you wouldn’t hear someone say “Hey, my name is Tony and I’m transgendered.” I think it is important for everyone to understand that by adding a -d or -ed you are creating the past tense of a word which is inaccurate in this case.

I was fortunate enough to be invited to speak at the Reaching Out MBA Conference in Boston. This conference was great on many levels. My favorite part was the fact that one of the conference organizers stood up in front of a packed opening session and stated that you can’t be transgendered, the appropriate usage of the word is transgender, so please use it correctly over the next few days.

someone stand up and put the kibosh on a word that drives me crazy and definitely ranks as one of my pet peeves. Every opportunity I get to educate someone on correct usage of the word, I do. Often you may hear my smart ass response which is typically, “Last I checked I wasn’t lesbianed… are you?” It gets a laugh and gets my point across in a non-aggressive manner.

In an effort to provide some education around terms in the trans community, here are some common terms and a few problematic terms to help you on your way.

Transgender: Refers to a person whose gender identity, one’s deeply internalized sense of oneself as a man or a woman, is different than the gender identity typically associated with the person’s birth sex.

Gender Expression: How a person represents or expresses one’s gender identity to others, often through behavior, clothing, hairstyles, voice or body characteristics.

Gender Non-conforming: A term for individuals whose gender expression is different from societal expectations related to gender.

Transgender Man: A term for a transgender individual who identifies as a man.

Transgender Woman: A term for a transgender individual who identifies as a woman.

So if I haven’t already answered the question by now…. no, transgendered is not a word. But also note the other problematic terms listed above. The next time you find yourself in a conversation with someone and you hear a problematic term rear its ugly head, remember this blog and use the conversation as an opportunity to educate someone else on your new found knowledge. The community will thank you for it! 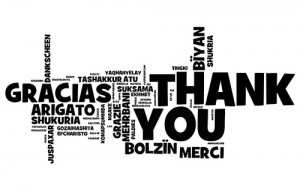