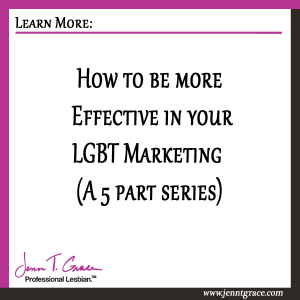 Understanding how to put together an effective advertisement for your LGBT marketing can be tricky. There are a lot of factors at play. Below are my 5 tips to help you be more effective.

If you are reaching out to the LGBT community, you need to know your audience. For example, if you are putting an ad in an LGBT-specific publication and you feature a straight couple, you’ve just alienated your audience. Failure to tailor your message signals a lack of commitment to or understanding of your intended audience. Don’t use the same blanket ad and message for all of your markets. If you were flipping through AARP, you wouldn’t expect to see a spring break ad featuring 19 year olds. Take the extra time and tailor your message.

When creating ads that are specific to the LGBT community, be subtle. There’s nothing more obnoxious than seeing a mainstream company slap a rainbow on the top of their standard ad and say “We’re gay-friendly.” The community doesn’t need to 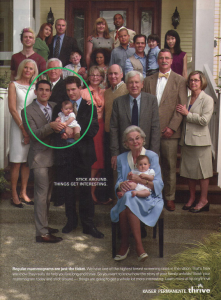 see a rainbow to understand you support the LGBT community. Simply including an LGBT couple alongside a straight couple in an ad would go a lot further. Subtly show that your company is inclusive rather than forcing it.

There’s a great Kaiser Permanente ad that demonstrates inclusion at its finest. The ad, which showed support for the LGBT community among many other groups, was featured in Time magazine. It is good to advertise in LGBT-specific publications, but it is great to advertise in mainstream places like Time, USA Today, or Entrepreneur Magazine with ads that feature LGBT people. LGBT people are in the mainstream, seeing and hearing ads just like everyone else. When a company is willing to put itself out there by letting its whole audience know that it supports the LGBT community, it shows true commitment.

Stereotypes are a losing battle. Rather than rehash the semantics of why you’ll never win the stereotype battle, focus on one thing: be authentic. If you are producing a major ad campaign, skip the stock photography and use real LGBT people. There are a lot of stock photos out there of “LGBT” people, and chances are they are models that 100 other companies are using to represent the LGBT community. Invest the money, do it right, and get yourself some authentic LGBT photos. You can even get creative with it—start a contest with your current customers asking them to submit photos. You’ll be surprised by the quantity and quality of photos that come in.

If you’ve got it, flaunt it

If your company has been recognized for its work in the diversity or LGBT space, flaunt it! If you’ve been recognized locally or nationally with an award, make sure everyone knows it. Leverage it. You deserve it. You’ve worked hard to be recognized, so reap the benefits and allow yourself to bask in the afterglow.