How to implement Inclusion Based Marketing

Home » LGBT » How to implement Inclusion Based Marketing 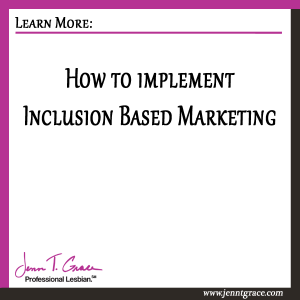 The current trends are pointing to inclusion based marketing and advertising. So rather than isolate a specific audience like LGBT folks, companies are starting to include LGBT couples in their mainstream advertising. Kaiser Permanente was at the forefront of this trend. In 2011, GLAAD recognized them for “Outstanding Print Campaign – Mainstream Market.” Click here to see the ad. This ad really demonstrates inclusion on so many levels and it ran in mainstream publications.

Amazon Kindle also showed their support for same sex marriage in a big way. They have a wonderful ad that really shows an LGBT couple being a total non-issue. Watch the commercial below.

Do you know someone who could use this advice? If you liked what you read here, I encourage you to Like it on Facebook, Tweet it to your followers or post it on LinkedIn. All can be done with a simple click aboveks!

7 Responses to How to implement Inclusion Based Marketing