Facebook Went Red for Marriage Equality: Here are the Results 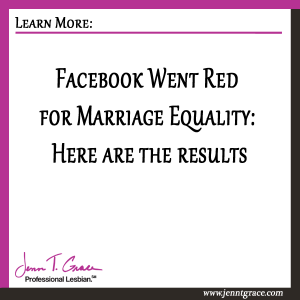 This is another post where I get my ‘geek on’. I have a love hate relationship with numbers. I am notorious for transposing numbers when I am trying to dial a phone, seriously it’s painful to watch. However, I have a love for numbers and statistics especially when they are so strong and powerful and tell an amazing story.

In a previous post I shared with you some information about the 2014 Human Rights Campaign (HRC) Corporate Equality Index (CEI). The HRC really is an incredible organization that helps move the movement along for LGBT equality. It’s an organization everyone marketing to the LGBT community should at least be familiar with. I’m not saying you must agree with them 100% or even support them, but at least be aware that they exist and what they are up to.

The HRC logo is most visibly recognized as a blue and yellow equal sign shown below. Now that I point this logo out you’ll see it everywhere, I guarantee it. 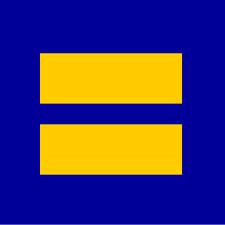 The other HRC logo you probably already saw but didn’t realize you saw it was this red equal sign below. 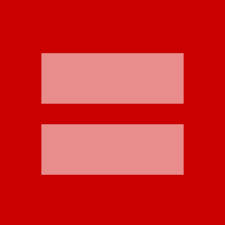 Now I’m going to get my geek on and explain why this is so important and fascinating. On March 26, 2013 the Human Rights Campaign, as part of a digital strategy, created this red logo to signify Marriage Equality. In March there were two historic marriage equality cases that were hearing oral arguments. The HRC strategically let this red logo fly and encouraged Facebook users to change their profile pictures to “Go red in support of Marriage Equality.”

On that very first day I changed my profile picture to the red equal sign and I kept it up through June 26 (also my birthday) when section 3 of DOMA was overturned in the Supreme Court. Below is the profile picture I had on Facebook for 3 months. 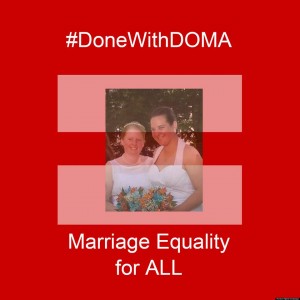 I was not the only one who changed my profile picture red in support of Marriage Equality. The vast majority of my friends also went red. Honestly I can recall the few people who didn’t versus those that had. It was really moving to see so many allies supporting marriage equality that I get goosebumps just thinking about it. Since I eat, sleep and breathe LGBT equality issues I assumed my Facebook page was a bit skewed with the amount of people I knew going red – but come to find out that is not the case at all.

Did you see that number? 3.05 million people on Facebook went red to support marriage equality. These numbers just became available on December 10, 2013 in an article titled “Facebook Analysis Proves Millions Worldwide Switched to HRC Red Equality Logo.” I talk about the power of the LGBT community and the power allies have to the LGBT community, but here is the proof. You can read Facebook’s in-depth study titled “The Unequal Adoption of Equal Signs” here.

This campaign was noted to be the most viral campaign in Facebook’s history. Pretty impressive for LGBT folks and allies to get this done all in the name of marriage equality. It is one thing to think “wow, I can’t believe how many people are showing support in a simple way by changing their Facebook profiles red.” But it is a completely other thing to have facts and data to back up just how many people did this, 3.05 million to be exact.

Marriage Equality made great strides in 2013, doubling the number of states who support same sex marriage. I was living in Massachusetts in 2004 when same sex marriage became legal there and became the first state to do so. Then I happened to be living in Connecticut in 2008 when it became the second state. It took 4 years to go from one state to two. Then two more states in 2009, followed by two states in 2010, then one state in 2011, and then two more states in 2012. And the kicker is 8 more states joined aboard in 2013. And now marriage equality is the law of the land!

One Response to Facebook Went Red for Marriage Equality: Here are the Results