Home » All Things Transgender » What is Cisgender? 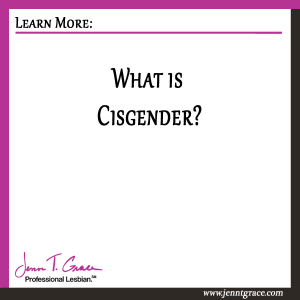 I was in a meeting a while back reviewing candidates for a specific position we noticed that ‘cisgender’ was an option on the application form. I personally knew one of the applicants and hadn’t heard the term cisgender before so I was immediately thinking… I’ve never heard her describe herself as that. The person across the table from me said “So, what does cisgender mean?” and I blushingly had to admit I wasn’t 100% sure.

If you’ve read any of my past blog posts you’ll see that I have a beef with the usage of the word transgendered. It’s simply not a word. It would appear that cisgendered (the plural form) is not a word either. You cannot be transgendered any more than I can be lesbianed. Read my past post about being lesbianed here.

So, tell me what you your thoughts are? What information do you have about cisgender? I’d love to hear it. Please feel free to leave your thoughts in the comments section below.

12 Responses to What is Cisgender?